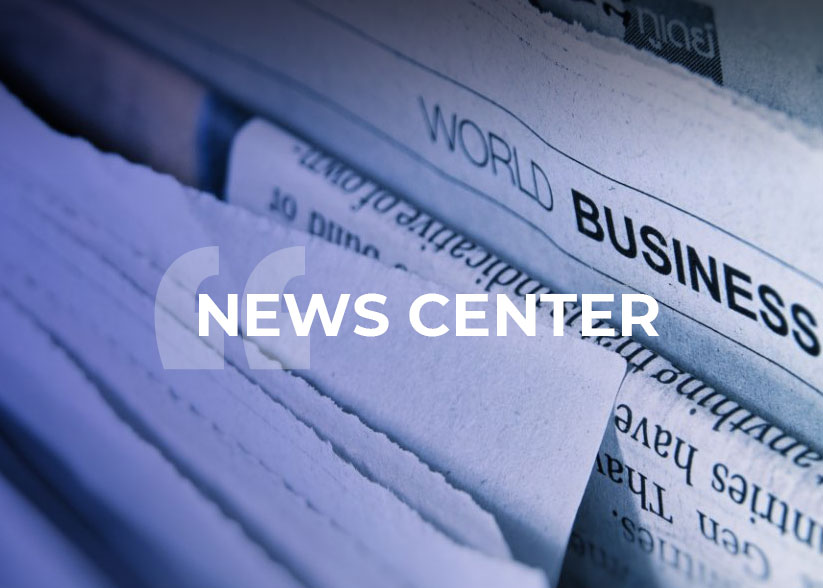 A Complete System for CFM

For a CFM system to be truly effective, the process, or system, must be a stable one. In this case, the “system” includes all those factors that come into play when creating the crimp: not just the wire, terminal and crimp, but the head room of the application, the applicator, the press, the operator in case of benchtop applications, the machine and the tolerance parameters for the CFM.

Each of these variables can affect the resulting crimp curve, and all play a part in the resulting forces that the CFM will register via its sensors and software. Unfortunately, a CFM cannot isolate a specific variable, or variables, but monitors the process as a whole. Therefore, the entire system must yield consistent forces for the CFM to work correctly.

Terminals and Wire: Not all materials are created equal. Frequently, with less cost comes lower quality. There is often a point where paying less for materials may cost you more in the long run.

With respect to terminals, several factors contribute to terminal quality. For instance, variations in material stock thickness can cause force-curve variations. Rarely is this the main culprit in a problem application. Nonetheless, it is easy to imagine how these variations, if extreme, will adversely affect the ability of the CFM to do its job correctly.

Terminal material can also play a role in how much variation the CFM sees. Gold contacts, for example, typically show more variation than those made from other materials, because gold is a softer metal, and softer materials tend to vary more. For this same reason, CFMs cannot be used on most applications involving pre-insulated terminals. The plastic insulation is too soft and exhibits too much variation.

Using oil on contacts can add another variable. Although oil doesn’t necessarily cause problems when a machine is running at a normal pace, operators might see some errors immediately after returning from a break, because the oil on the terminals between the anvil and the oiler has dried slightly.

Finally, poor care of terminals on spools can be a source of problems, because the way the terminals are stored on the spool will affect the way they enter the applicator. For example, they might start to enter the system at odd angles, affecting crimp quality.

With respect to wire, nonconcentric wire will often exhibit stripping issues, while some insulation materials can adhere to the wire strands. The former is a case in which a CFM can be especially beneficial, because it will detect variations in the force curve when strands have been nicked or cut-errors that are often difficult to detect visually once a crimp has been executed.

Wire, Terminal Combination: We live in an imperfect world. All too often, manufacturers will specify a terminal that is either too small or too large for a given wire. Note surprisingly, this can cause problems in terms of quality and productivity.

Oversized terminals can also cause problems as a result of variations in wire placement. Specifically, the strands from the wire can end up in different areas of the crimped terminal, depending on their orientation prior to crimping. The result can be dramatically different crimping forces, even in a pair of terminals that look identical.

Head Room: Head room refers to the difference between the crimping forces when the wire is present and when it is not. This difference can be used to estimate whether a CFM will be able to identify those crimps in which a strand has been left out.

Let’s say, for example, the difference in forces with and without the wire for a particular application is approximately 47 percent of the total crimp force. Roughly speaking then, with a seven-strand wire, each strand is contributing about 6.7 percent of that total force differential. With a 19-strand wire, on the other hand, each strand is contributing roughly 2.5 percent.

When using a ±4 percent tolerance parameter, you should therefore be able to pick up one missed strand on a seven-strand wire, but not on a 19 strand wire, because the latter’s force differences are so small.

If, on the other hand, the peak force of the curve drops only 26 percent when the wire is omitted, the affect of a single wire out will be a 3.7 percent reduction of the total force with a seven-strand wire and a 1.4 percent reduction with a 19-strand wire. As a result, using the same tolerance of ±4 percent, the CFM will probably not recognize a crimp with one strand out as being defective with either wire type.

Applicators: Applicator quality plays a critical role in CFM effectiveness, because an applicator in bad condition will inevitably be a source of variation. The crimp may look fine from the outside, but it will not pass muster with the CFM.

The biggest factors at work in this kind of situation are applicator age and lack of maintenance. Variation on the crimp curve can also result from worn tooling, inconsistencies in feed or bell-mouth position, or a ram that is not sliding smoothly enough.

On occasion, an applicator might need to “settle” after an adjustment or after new tooling has been installed. Specifically, force values will continue to drop until the applicator has become correctly seated. Once it settles in, force measurements will be consistent again.

Note that because of their sensitivity, CFMs serve as an excellent kind of protection against applicator damage in the event there is a processing problem. It doesn’t take many missed crimps to crack a die or anvil, and with an automatic machine, one missed crimp can quickly become five or six. With a CFM, the significant force variations that result from this kind of defect should stop the machine before the tooling gets damaged.

Presses and Operators: If a CFM is to be effective, the press must be rigid and consistent in terms of speed and shut height. This can be a problem for those manufacturers using older presses that have lost some rigidity. Presses manufactured within the past five to 10 years are typically fine, provided they have been well maintained. However, anything older may not be rigid enough.

During actual production, it is critical that wires be place consistently to avoid dramatic variations in the force curve. This is especially true with respect to the depth of insertion, something that can often be problematic for novice operators or poorly maintained machines. 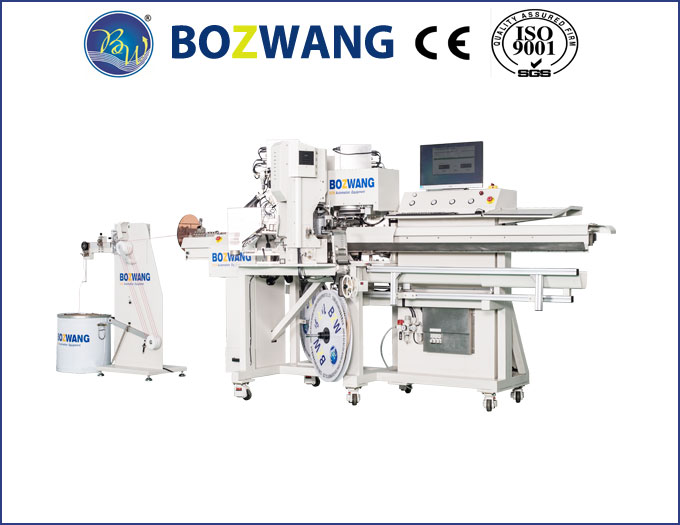 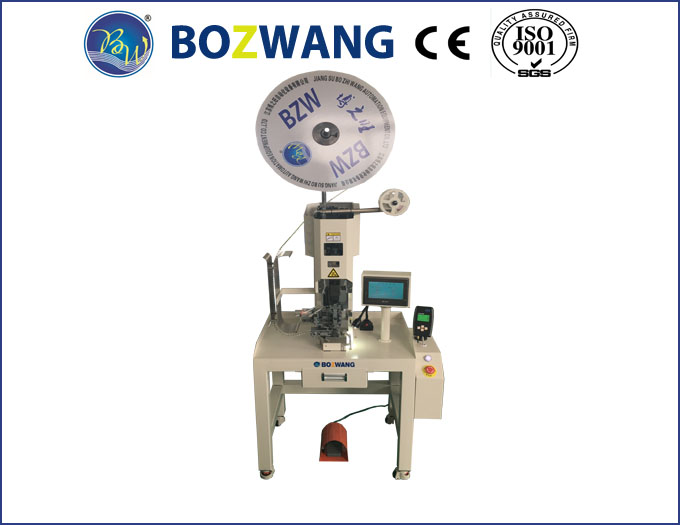 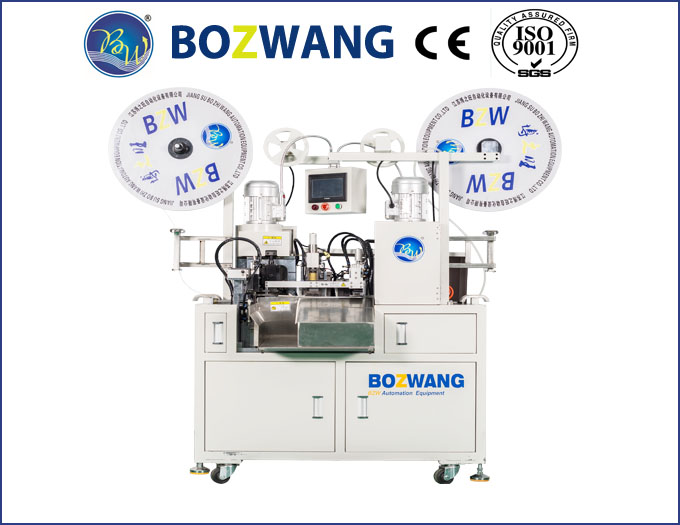 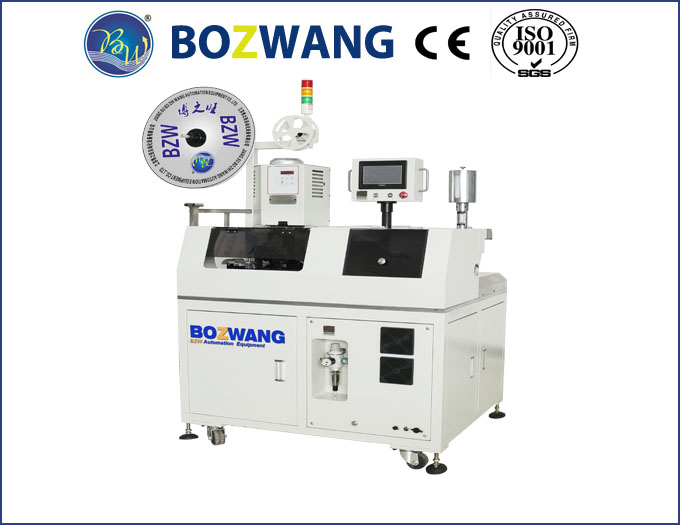 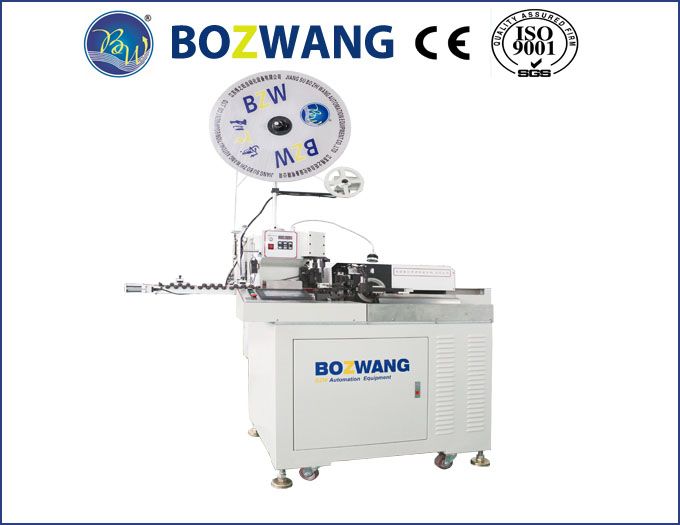 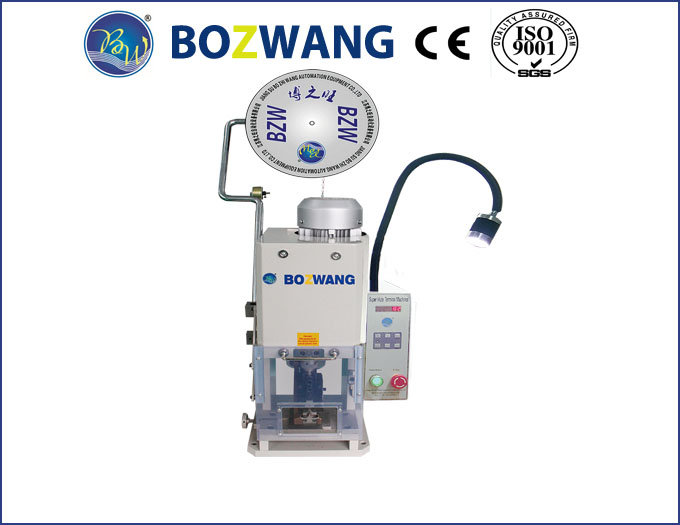